An engineer graduated from Wuhan University of Technology, Steven began his career as a surveyor and then station manager for CSS, in Germany and China, then joined Germanischer Lloyd for 5 years as a station manager in China.

In 2008, he joined CMA CGM and eventually headed the office of CMA Ships China, supporting the company’s activities for new buildings, leases, ship repairs and renovations, spare parts and emergency response. In early 2021, he decided to move and joined ALWENA Shipping as China’s representative to cover the business in China. 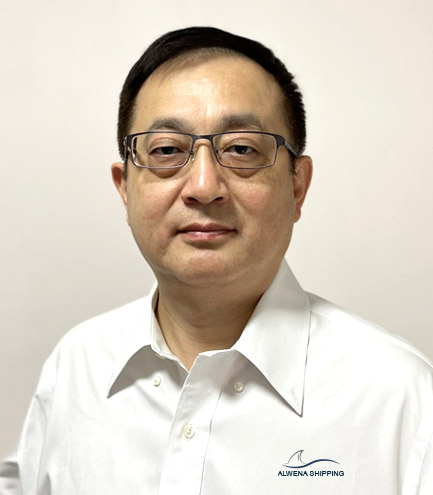